Have you ever ordered any of these so-called “secret” coffee combinations?


I have come across this menu last summer and though I haven’t tried any of these yet, I definitely would try them out when I get back in the Philippines.
Just take note that you cannot order these BY NAME. You have to describe how to make it to the Starbucks barista for it to be created properly and uniquely for you. According to Starbucks, their baristas do not have these drinks memorized by name but they will cater to any type of order that you would want. Of course, you just have to pay extra for these. *wink*
Here’s the text of the secret menu and some more additional combinations:
Biscotti Frappuccino
Buy a biscotti and ask the barista to blend it up with any flavor of frappuccino. It blends into tiny cookie chunks that add a delicious little crunch to your frozen coffee. *Insider Tip: This can be done with any pastry you buy.
Captain Crunch
To make this one, order a Strawberries and Creme frappe with a pump of caramel, add two pumps of toffee, one pump of hazelnut and two scoops of chocolate chips.
Neopolitan Frappuccino
Ask for a Strawberries and Cream frappe with some vanilla bean powder and a pump of mocha.
Raspberry Cheesecake
Order a White Chocolate Mocha (can be iced, hot, or as a frappe) and have them add a few pumps of raspberry.
For a Chocolate Turtle Flavor
Any drink that has mocha, caramel, and toffee nut.
For a French Vanilla Flavor
Any drink that has toffee nut and half vanilla.
Blended Strawberry Lemonade
Basically a strawberry lemonade frappuccino.
Oreo Frappuccino
Ask for a double Chocolate Chip frappe with white mocha syrup instead of the regular mocha.
Tuxedo Mocha
Also called Zebra Mocha, Penguin Mocha, Marble Mocha, Black and White Mocha, or Michael Jackson. This drink combines regular mocha with half white chocolate and half regular chocolate. *Insider Tip: If you want to take it one step further have the barista add a shot (or two) of raspberry flavoring and viola, you have what is called a Red Tux Mocha.
The Nutella
Order a Cafe Misto with pumps of chocolate and hazelnut and a caramel drizzle. For the sweet toothed people, you can also ask for caramel drizzle inside the cup.
Super Cream Frappuccino
Ask the barista to blend some whipped cream into the drink so that the drink will be more smooth than icy. This works especially well for the Mocha frappuccino.
Three C’s
Order a cinnamon Dolce latte with a pump of caramel and a pump of chocolate mocha syrup.
Chocolate Pumpkin
Order a pumpkin spice latter with chocolate syrup for a drink that tastes just like pumpkin chocolate chip bread. It also tastes great in Frappuccino form.

Other “Secret” Drinks and Insider Tips:
Short Drinks
The sizes the “mainstream menu” gives you are “Tall,” “Grande” and “Venti,” but if you say you want the “short” size to any Starbucks drink you can receive a less expensive and smaller sized drink. The size is in their cash register because of espresso shots. It’s on the menu in the Philippines, and is the same price as a tall in Indonesia.
Short Cappuccino
A “short” cappuccino is a more Italian style cappuccino because there is less room for milk which somehow got mixed in with this drink and waters it down.
Red Eye
A Red Eye is a shot of espresso in regular cup of Starbucks coffee.
Black Eye
A Black Eye is two shots of espresso in regular Starbucks coffee.
Green Eye / Blue Eye / Purple Eye / JFK (for the 3 shots to the head which killed him) / Shot in the Dark
Whatever you call this drink it is a whopping three shots of espresso in a regular Starbucks coffee. Be carefull with this one! Do not drink at night unless you want to be up all night, shaking, in caffeine withdrawal.
Poor Man’s Latte
An Iced Americano with no water and half ice, then head over to the condiments station, fill the rest up with half and half cream (certainly not the 18% coffee cream) and viola, you have a Breve Latte at less than you would pay for the actual drink.
Poor Man’s Chai Latte
Order a Chai Tea Misto with extra foam, two tea bags, and half cinnamon-half vanilla syrup. This is essentially the same drink but at half the cost.
Chocolate Dalmatian aka Michael Jackson
A White Chocolate Mocha with java chips and chocolate chips sprinkled in.
Cafe au Lait
Order the Misto without foam for a classic French coffee drink.
French pressed coffee
You can choose any coffee they sell by the bag and have it served in a French press. For coffee snobs, this is one of the best way to appreciate all of the flavors of the coffee you chose – it takes about 5 minutes for this to be done and don’t be surprised if you get a dirty look if you are doing this during their morning rush.
Chocolate Cream Frapuccino
Chocolate, chocolate and more chocolate. Chocolate syrup and chocolate flavoring in this frozen blended coffee.
Cake Batter Frappuccino
Originally, this drink contained vanilla and almond syrup added to a Vanilla Bean Crème Frappuccino. However, since the almond syrup is largely no longer available, some recommend that you try subbing in hazelnut syrup and white mocha for a similar flavor.
Dirty Chai / Filthy Chai
Chai latte with a shot of espresso. 2 shots of espresso gets you a double dirty or extra dirty!
Affogato-style Frappuccino
If you order any Frappuccino ”affogato-style” and you’ll get a shot of hot espresso added on top of your drink as opposed to having it blended in.
Snickers Frappuccino
Order a Java chip frappuccino with two pumps of toffee nut syrup and drizzle it all over with caramel and you get a drink that tastes just like a snickers bar!
Apple Pie Tea
Black tea with apple juice and light chai
Cinnamon Roll
Combine a White mocha latte with a Cinnamon Dolce latte.
Widow Maker
Half iced black tea, half iced black coffee.
Samoa Frappuccino
Mocha coconut Frappuccino with caramel drizzle.
Thin Mint Frappuccino
Tazo Green Tea Crème Frappuccino blended with chocolate syrup and java chips.
Banana Cream Pie Frappuccino
Vanilla Bean Creme Frappuccino with vanilla and hazelnut syrups, whipped cream, and a whole banana.
Apple Juice Orange Blossom
Tazo Orange Blossom Tea steeped in steamed apple juice (with no water).
Grasshopper Frappuccino
Mocha Frappuccino blended with java chips and peppermint syrup.
The Dirty Hippy
Dirty Chai Tea Latte with soy milk instead of regular milk.
Marble Mocha Macchiato
White mocha on the bottom with no whip, shot on the top and mocha drizzle.
Cookies & Cream Frappuccino
A White Chocolate Mocha Frappuccino blended with java chips and a dash of peppermint syrup.
Bootleg Brulée
Add two shots to a white mocha, toffee nut syrup, and caramel drizzle.
Previous

Generika 101: What are the questions I should ask my pharmacist regarding my medicines? 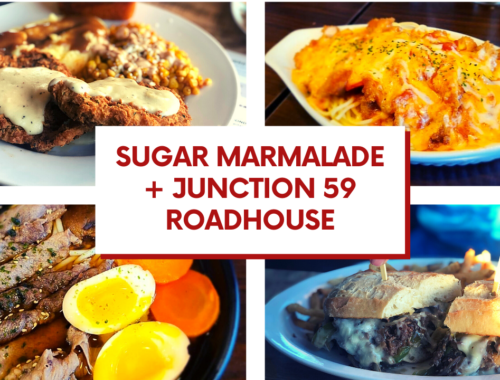